How To Save Years Of Your Life and Thousands of Dollars 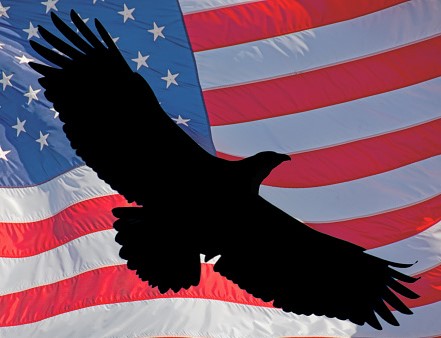 A: Attorney. Ask for your Attorney every time you are questioned by police. (Sixth Amendment)

C: Consent. Do not Consent to giving up your rights. (Fourth Amendment)

Okay, you say, what are you talking about?

Those three letters encapsulate the essential information you must know if arrested, to retain your rights, and avoid years of jail time, court process time, and tens of thousands in fees. The three letters S – A – C above brilliantly sum up the 4th, 5th and 6th Amendments to the Constitution, to use in the event you are detained by law enforcement. For a detailed explanation of this, listen to Anthony Colandro’s podcast on Gun For Hire Radio.

Most of us have heard the wise advice, “Don’t talk to police.” There are many reasons for this, and they are well explained in this classic video from Regent University School of Law, which everyone should commit to memory. The Fifth Amendment protects our right not to incriminate ourselves.

The Fifth Amendment: No person…shall be compelled in any criminal case to be a witness against himself.”

But you are law-abiding, and did nothing wrong, right, so why not talk to police? Some reasons not to talk to police: law enforcement or a court might define “wrong” very differently than you; your memory is not perfect, nor do you have a perfect understanding of all the facts affecting your situation at any given time, nor do you express yourself perfectly at all times, nor do you have a perfect understanding of the law at every level that may apply to you in a given situation. You could say something to police that’s wrong, which in court later could be framed as a “lie”. A prosecutor might then, in court, accuse you of “lying” in your “statement”. Oops, you should have remained Silent, the first letter of “S – A – C”.

But that wasn’t a statement and isn’t admissible! you might say. Well, unfortunately you’re wrong on both counts there. When we are excited, stressed, under duress, or emotional, we often utter statements that could incriminate us later. These are unsurprisingly known as “excited utterances”. “Excited utterances” are considered “statements” and are a type of hearsay that is admissible in court. Can a prosecutor use excited utterances against you in court? Absolutely. For example, if your statement might be construed as a confession, the prosecutor could tell the jury that you confessed to the crime. It won’t matter at the time that you simply said, “I didn’t mean to do it!” — it can be framed as a confession of guilt.

Oops, you should have remained Silent!

Law enforcement hopes that you make excited utterances because they make their job much easier, and open the door wide to further interrogation.

Especially regarding gun laws, the system is already stacked against you, so why would you volunteer to give the system more “ammo” to use against yourself? Why help the state incriminate you?

Never talk to the police.

Still not convinced? Then consider the words of former Supreme Court Justice Robert Jackson, who also was the United States’ lead prosecutor in the Nuremburg Trials:

“Any lawyer worth his salt will tell the suspect in no uncertain terms to make no statement to the police under any circumstances.” (1949, Watts v. Indiana)

Not much room there for mistaking his advice.

In a very recent example, a young man on trial for murder, Kyle Rittenhouse, made no statement to police and avoided contradicting his prior statement on the stand — because he had never made any prior statements. He retained his rights under the Fifth Amendment until called to testify at the trial, and avoided a possible method of self-incrimination. This also is an example of allowing your testimony to be heard for the first time in court, where your attorney is present, and a framework of rules exist to protect you and limit the prosecution.

In short, while you frequently hear people giving statements at the scene and making excited utterances, it is something you should never do.

We will discuss the next letter, “A” of the three letter “get out of jail free card” mnemonic, SAC, in the next installment of “How To Save Years Of Your Life And Thousands Of Dollars”. We will review the Sixth Amendment, and how requesting an attorney protects your rights.

*Evan Nappen is the creator of this handy three-letter “get out of jail free” mnemonic. You need one of these cards and keep Evan’s phone number in your wallet for emergencies.