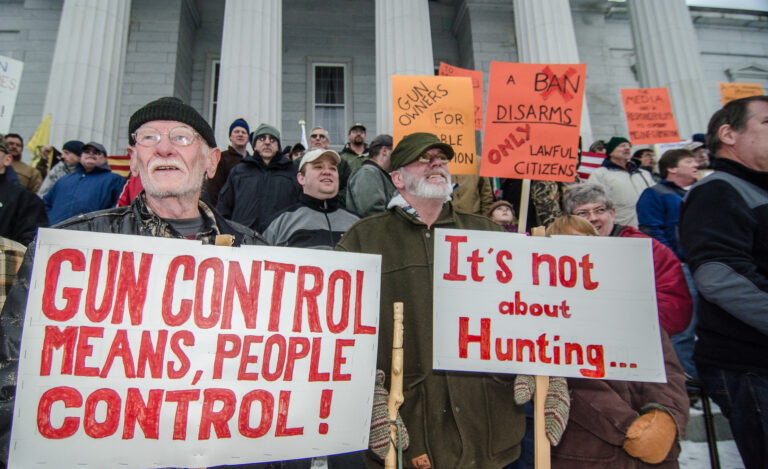 “With their threats, the media creates an atmosphere of fear.”

VDH is correct. The globalist shill media specialize in propaganda and fear. From “mostly peaceful protests” to covering up crimes, to “common-sense gun laws”, the media has aggressively gaslit the public, and cranked up a fear narrative full of propaganda. The constant barrage of disinformation is making people afraid of things that are not actually a threat to them, while ignoring/excusing those things that are.

Part of this drumbeat fear narrative is constant use of the term “gun violence” (as if guns jump up and commit random acts of violence). At any excuse, and on cue, the media will blast “we have to do something” about “gun violence” and it’s “just common sense”.
There are reasons for people to be very aware of their surroundings, but raging wild mobs of firearms isn’t one of them.
Instead of inanimate objects, people might do better to be concerned about, and use “common sense” to “do something”, about these things:
Fortunately the fear porn campaign against guns isn’t working. Instead, people of all demographics are buying guns and stocking up on ammo at an increasing pace, and they have been doing so for over 10 years. The total number of background checks, a measure of the number of gun purchase applications, hit an all time high in January 2021.
But, you say, that’s just in red states! No, not at all. New York gun sales in 2021 are the second highest ever. 7 of the top 10 days for firearm background checks in U.S. history were in 2021.
What does this mean for Americans? For one thing, FBI crime statistics consistently indicate that the more good guys with guns, the safer is society. A well-armed society is a polite society.
We are seeing already a bifurcation of society into (a) relatively lower-crime, more orderly areas with fewer barriers to gun ownership, and (b) lawless, high-crime areas with draconian barriers to gun ownership.
Americans who value their guns and freedom must be vigilant to watch for, and not to allow, in-movers from high crime, gun-unfriendly states to press for “gun control laws” (which they always do). Attend school board, municipal council and county commissioner meetings. Speak during public input time. Develop respectful relationships with your various local representatives. Push back loudly against gun-grabbing resolutions and laws. Inform them about firearms, the Constitution, and the many existing firearms laws (one of which may already address their concerns).
Be forewarned, Bloomberg and his minions at Moms Demand and Mayors Against Guns have hundreds of millions to spend on disinformation in the media. Your liberty is never more than a breath away from being abolished permanently. Be vigilant and actively resist.