Are There Oppressed Countries Within Our Borders? 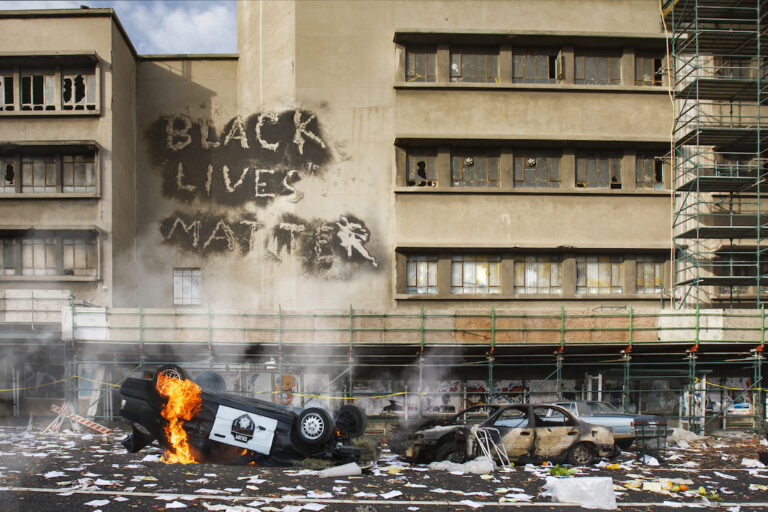 This is a reprint of an article written by CS Bennett

It is true that those on the right are not only informed, but they are well-informed, especially when it comes to the facts and the nature of those who govern and wield power over us, compared to those on the left. We are more cerebral in our thought processes when it comes to politics and the world we live in while those on the left are emotionally driven in these matters. It is a fact that emotions are easier to exploit than those who can think rationally for themselves. Unfortunately, leaders on our side seem not to understand this. Passion is what they often lack and it shows. This is what separated 45 from other republican presidents. The man had both passion and wit. He also had backbone.

I am often asked by my white counterparts in republican circles and the conservative movement, how is it that those in our minority communities cannot recognize how much they are being lied to and used by those on the left. I am also asked why these struggling communities still vote democrat. My answer is always this, they feel they are heavily oppressed and have been led to believe that we, on the right, are their oppressors. It is as simple as that. It is a message that has been ingrained into their psyche beginning at home and at school, from 1st grade on up through college, thanks to our failing government run schools.

So, are they really being oppressed? Yes, they are, but not by us but rather by those who are pushing this big lie. And who are they? They are the leaders inside and outside of the Democrat Party, the biased left-wing media, academia and the docu-dramas and movies coming out of Hollywood. These are the very people, and institutions, our desperate and impoverished communities are beholding to. And though it is a pure lie, they have been led to believe that we, on the right, want to return them to the days of Jim Crow, segregation, and even worse, slavery when this is the history of their own political party. They have been led to believe that our side want to hold them back and keep them from becoming prosperous. Those on the left are masters in getting all of the groups under their umbrella to think collectivism, not individualism. So, the question remains…

How can they see us in this way, which is a lie, yet ignore the violence, poverty, high food prices, failing schools, and higher gas prices, all which have flourished under the failed policies of the left, and still vote for the political party that created this chaos? Having inroads into the Black community, I know how left-wing propaganda is being spread. On whole, their listeners are being fed misinformation, disinformation, half-truths, and outright lies nonstop, 24/7 by media organizations such as CNN, MSNBC, and the three alphabet news outlets, NBC, CBS, and ABC. Add to this, PBS, NPR, the New York Times, The New Yorker, The Atlantic, The Week, Newsweek, Harper’s, Mother Jones, The New Republic, and the Commonweal. And there you have it, your major culprits.

Now add to this mix a custom-made network explicitly designed to push the left-wing narrative within and throughout the Black community. This network is called the Black News Network (BNN). Ironically, this station was co-founded by former Congressman J.C. Watts (R), but he ran into problems fully funding the project. Shahid Khan, owner of the Jacksonville Jaguars, became a principal investor and soon former CNN executive Princell Hair was named president and the rest is history. As always, whenever those on the right come up with a great idea, it falters and the left is there to pick up the pieces, put it back together, and use it to serve their own purposes.

One has to wonder why a prominent Black conservative such as J.C. Watts found it challenging convincing business minded conservatives to invest into something that could have been used to infuse the truth into these communities. I am talking communities those on the left have a firm and solid grip on. So tight is their grip that it is difficult to find a conservative station in areas under their influence. And where they do exist, they are often relegated to AM Radio. What our side has to come to terms with is that what is being pumped into our urban areas is toxic hardcore left-wing propaganda. And it is all anti-American and anti-Capitalism.

I do not know about others, but I consider this a national security threat. We must regard these communities as we did Cuba, East Germany (when it existed), the former Soviet Union, and so on, all a great threat. These were countries where the free flow of information was discouraged, denied, or banned. To counter the communist movement in these countries, we designed radio stations that allowed the voice of freedom to reach the oppressed with programs such as Radio Free Europe, Radio Liberty, and Marti Radio (Cuba Free Radio). These programs were designed to highlight the hard facts about the leadership in these countries and the tyranny they brought to their fellow countrymen and countrywomen.

I propose that we freedom lovers look upon our failing urban communities as oppressed countries within our country and put together a radio station we can pump the truth about their democrat leaders and the socialist and communist agenda they are trying their best to implement on US soil, as well as their desire to control us and erode our rights and liberties. This will be a radio station the left cannot block or interfere with electronically. I say, where J.C. Watts failed, we should pick up the mantle and go forth and succeed. Call it what you will, the Truth Channel, The True American Voice, or the Frederick Douglass Chronicles, it does not matter, though I like the latter. But we have to make inroads before our country is completely destroyed from within by the enemy within.

What I am proposing is just an idea, yes, but as with all great ideas, they have their beginnings as someone’s dream. Disneyland and Disney World began with a dream by a man named Walt Disney. I would dare say that if he were to come back to life and see how his company was being run today, he would have a major conniption. Our Founding Fathers had a dream, too, and if they were to come back, as they did in my novel series, ‘By George, The Radicals Are Back’, they would also have a major conniption. What these great dreamers once envisioned and created have struggled to survive over time thanks to the enemy within.

Like Walt Disney, our framers are not coming back. But we are here. Let’s do what we can with the technology we have and get the truth out to our minority community. Our political ancestors liberated the once democrat enslaved once before. Can we not lift a hand to do the same now, a second and final time in this economic enslavement the left has created, promoted, and kept going? It’s time for intervention, I venture to say. It is time for us to engage the enemy within. It is time for us to stand up and defend what we believe in. and this time, we must prevail!

Personally, I think we can do much better than we have done to date. It is just a matter of whether we have the will to do it. What are your thoughts on this?

“In my humblest of expressions, against all known odds, and with the courage and determination of the legendary Lion, I am young shepherd boy David come to slay Goliath. Not with a powerful sword, but with a mighty pen. As it is  well known, the pen is mightier than the sword…” 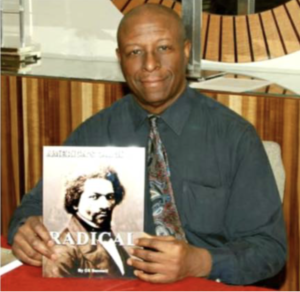