An Open Letter to the Manatee County School Board 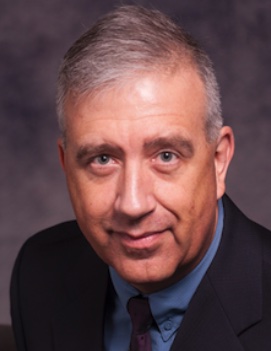 Reprinted from an email addressed to the Board.

You are all bcc’d on this e-mail to avoid Sunshine law issues. Please do not miss the short “educational resource” section at the bottom of the e-mail.

I have read through this e-mail many times – and now I have to go to bed – so please excuse any remaining annoying spelling/grammar errors.

This a somewhat lengthy e-mail – but the issue at hand is somewhat complex, so I can’t just “give you the highlights.” We all need to do our homework on this issue, and in the spirit of being helpful, I have summarized below some homework for you, as well as given you further resources to explore.

BLUF: The Manatee County Manatee County African-American History Task Force (AAHTF) draft plan (attached to this email) as currently drafted is irredeemably corrupted by Critical Race Theory (CRT) and needs to be withdrawn and restarted from scratch. Words in the plan such as “cultural sensitivity” (pages 71 and 92), “implicit bias” (pages 103/104), “decolonized and decolonization” (pages 104 and 105) are foundational Critical Race Theory terms. Add on the fact that Diversity, Equity, and Inclusion (DEI) is the primary focus of the whole plan, and you need look no farther than that to see that the whole plan – and I choose my word here very carefully – is “infected” with CRT. “Teaching the state standards” does not require injecting CRT/DEI into every aspect of the school system. That fact is the greatest fault of the current AAHTF plan and the greatest danger to our school system. Think I’m exaggerating? See below.

“The greatest threat to American society today, I would argue, is coming from the Diversity/Equity/Inclusion industry.” Carol Swain, PhD, retired professor of political science, Vanderbilt University – her video with this quote is listed in the resource section – FYI – she’s a black female who grew up in Virginia (born 1954) before the Civil Rights act of 1964.

I offer the following solution.

SJW courses she has taught:

Hmmm – let’s see – of the 5 school board members + the superintendent (6 people) – there are three females, three males, and one person with black skin – and that happened without a “DEI initiative” – imagine that.

Educational resources for you:

Here we have a black female telling us that DEI – which is the main part of the AAHTF plan – is Marxist and racist!

It’s not just me, the “white male,” who is saying what I am saying. In fact, I got educated on these issues by listening to Carol Swain and other black educators.

Carol Swain again on “the nonsense of systemic racism” and the incredible American transformation of “systemic reform”: https://www.youtube.com/watch?v=Htm8TuB-5Hc&t=15s

Thomas Sowell again, “Facts About SLAVERY They Don’t Teach You at School”: https://www.youtube.com/watch?v=3_3wyRaCD34

Please heed what I am saying here and take the steps I lay out above as a template to redo the AAHTF. The answer that “the state is making us do this plan” is not an acceptable answer. I sat in the workshop on March 11th as this plan was briefed. It is an internal plan to Manatee County based on “best practices” from other counties around us. We may have “standards from the state to teach,” but there is no requirement to inject DEI/CRT/Implicit bias training, etc., into the school system plan to teach these standards. This plan is CRT on steroids, period.

With the recent laws passed this session in Florida, this whole plan is probably now illegal. Indeed, if you go back and watch the video of the briefing on March 11th, Latrina Singleton, the DEI plan coordinator says, “after the legislation that was passed yesterday [apparently March 10th], that does cause some concern…[but] we don’t induct or try to indoctrinate our students.” Any plan that has “DEI” and “decolonization curriculum” at its core – as the AAHTF plan does – is most certainly “multi-cultural indoctrination Critical Race Theory.” Ms. Singleton is either ignorant of what DEI/CRT is (my guess) or she is not telling the truth (probably not the case.)

We don’t want a Loudon County type reaction here in Manatee County – take action now to stop this DEI/CRT initiative in its infancy.

Finally – please do not try to put the “racist” label on me. You need merely ask around a bit in the black community up in Palmetto to find out that “racist” is most assuredly not a word that can apply to me.