Americans: You are Not Special! 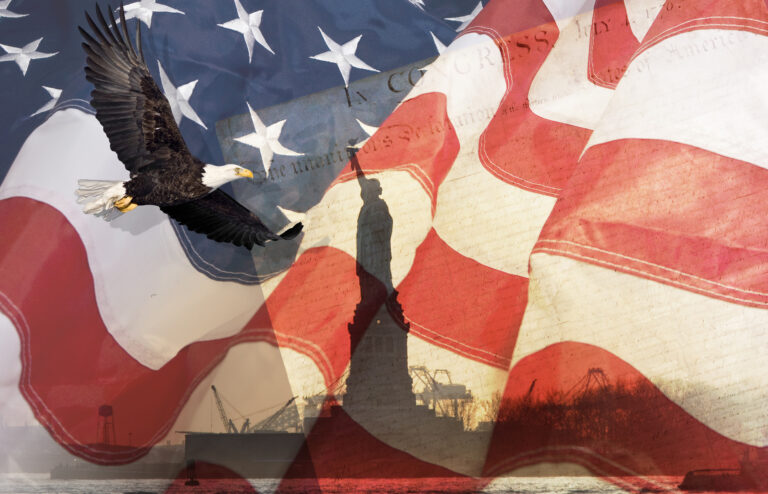 Yes, that’s right – you are not special. Notice I did not say “America is not special.” America is special. I said you, and I, are not special. Neither you nor I nor any person that you know in this country of 330 million Americans live in a system of legally defined classes of citizens. We all live under the same laws: the same tax code, the same penal laws, the same civil laws. We are all equal before the law, and that has been the case since the civil rights and voting rights laws were passed in the 1960s – two generations of Americans ago.

Back in 2012, a wise and witty parent, David McCullough, Jr., gave a commencement speech at Wellesley High School. That speech has become known as the “You are not special speech,” and Mr. McCullough went on to write a best-selling book on that topic. The point at the beginning of the speech was, basically, you, the new high school graduate, are no more special than any of the other three million or so high school students graduating at about the same time.

So, in keeping with that theme – let me say it again, with a little more explanation: no matter your skin color, your gender, your cultural origins, or your religious beliefs, you are no more special than any other American. That idea is the cornerstone and unique idea of the founding of the American republic. That idea comes from our 2,000-year-old Judeo-Christian value system. In his book Democracy in America, Alexis de Tocqueville wrote, “it was necessary that Jesus Christ come to earth to make it understood that all members of the human species are naturally alike and equal.” No one is knighted in America. There is no royal class in America. And people not in the racial majority can rise, even in the American South, to the highest positions of power and influence, e.g. Tim Scott, Clarence Thomas, and Barack Obama.

I am a white male, so I do not now, and never will, know what it is like to live in America as a dark-skinned person. But I do know that Americans with dark skin can be found succeeding in every facet of American life ranging from brain surgeons and CEOs to elected and appointed officials.

Each person has his or her own individual struggles in life, and whatever those struggles might be, physical disabilities, familial abuse, sexual harassment, or people who “don’t like us” for whatever reason – race, gender, national origin, religious beliefs, accent, physical appearance, etc. – none of our individual struggles merit special attention or more consideration than the struggles of every other American. If you think your struggles are uniquely horrible and worthy of the whole nation’s attention, you have the constitutional right to peaceably assemble for a redress of your grievances. But let me say to you again – and to all of you who say something other than “all lives matter” – you are not special.

If you believe the injustice you have suffered is so grievous that the perpetrator must pay, there are a multitude of civil rights and hate laws (unconstitutional, but that’s another subject) in place for you to seek justice, and the ACLU and similar organizations will take your case, usually pro bono.

Twice during my Air Force career, I was told to my face I would not have career opportunities because of my gender and my religious faith. And yet, I went on to have a successful 30-year career, with no public whining about the “injustices of the system.” If I thought the wrong I suffered truly merited attention, there were avenues in the Air Force for me to pursue justice, but I chose not to. My time and energy were better spent on moving forward as opposed to crusading to rectify the unjust past.

Additionally, I’ve overcome a personal family loss that ranks amongst the worst tragedies that can happen to a parent. And yet, I know there is someone, there are thousands of people out there, that have had tragedies equal to or greater than mine. I, and most of them, have not blamed “the system” for our misfortunes, nor have we asked the world to uniquely focus on our tragedies. We might have formed support groups and maybe done some lobbying for a change of policy or law here and there, but we have never shouted to the country that “People like us matter!” We have simply gone about our business, suffered with dignity, tried to put our lives back together, and made lemonade out of lemons.

So the next time you have an urge to utter “Black lives matter!” or some other imprudent phrase which purports to show that the unfairness in the world for group X is far greater and more worthy of attention than the unfairness for group Y or for group Z, remember these words: Collectively, America is a special country. But within that country, you, and I, and every individual who chooses to call America home – is not special.  In fact, google “Tony Timpa,” and you will see a white man who died in 2016 in circumstances very similar to the George Floyd events. If Tony’s life – his death – mattered as much as George Floyd’s life – maybe national police reforms would’ve happened a few years ago. And maybe those reforms would have saved George Floyd’s life. I’d say more here, but I think the point is self-evident.

You matter, like I matter, like he matters, like she matters, regardless of your or my or his or her race or gender or religious beliefs. That truism is the linchpin of the American political system, and if you think yourself so wise as to know that we need to change that foundational principle, remember G.K. Chesterton’s timeless admonition: before you decide to take down a fence, make sure you know why it was put up in the first place, and thoroughly consider the consequences of taking it down. Chesterton’s words are prophetic, as we watch our country being looted, and people losing life, property, and employment, as we collectively tear down the fence that guards this fundamental doctrine: in America, no person, or group of people, is more special than anybody else.

ALL LIVES MATTER. Anything else is simply un-American, period.