Ukraine is the Globalist Keystone 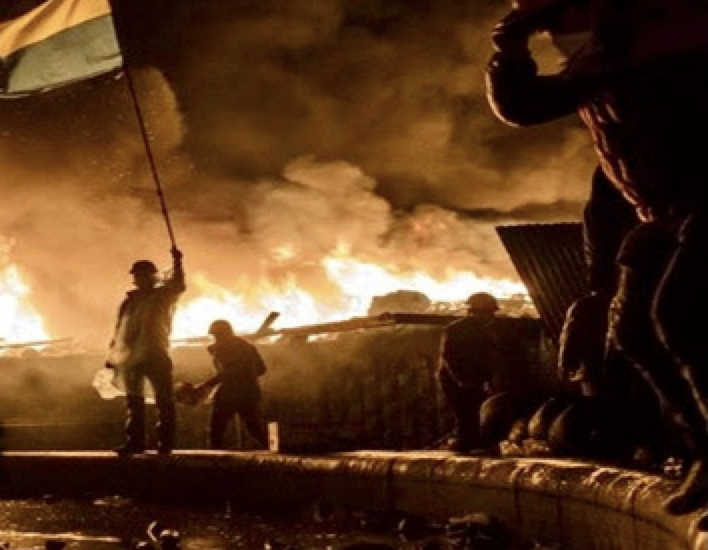 The webs of corruption are deep and intertwined. Ukraine is the keystone. Ukraine has the goods on everything and everyone in the deep state.

Not just the US deep state. The City of London, too.

Back in November 2019, Trump was speaking in an hour long interview on Fox and Friends. He claimed the DNC hid the server with a company in Ukraine. See quote below:

“A lot of it had to do, they say, with Ukraine. They have the server, right? From the DNC … they gave the server to CrowdStrike — or whatever it’s called — which is a company owned by a very wealthy Ukrainian, and I still want to see that server. You know, the FBI has never gotten that server. That’s a big part of this whole thing.”

As soon as he publicly started talking about Ukraine, the Dems launched their impeachment scam, shortly followed by releasing C19 on the world just a month later, and thus they were able to hijack the narrative.

Two and a half years later, with more pieces to the puzzle, we can see the globalists orchestrated a color revolution in Ukraine, and the DNC and neocons like John McCain and Lindsay Graham set up an entire puppet government in Ukraine which has functioned as a fully-captive foreign administration and proxy to launder money, sell arms on the black market, carry out acts of global bioterrorism, and run human trafficking ops. Now it makes sense as to why they sent the Crowdstrike server to Ukraine, because Ukraine is a proxy government fully subservient to the Deep State.

Do you still think that the globalist-neocon cabal is going to let Ukraine achieve a negotiated solution with  Russia, or keep US soldiers off the battlefield? Or for that matter allow the 2022 November elections to proceed?

Have we de-”fortified” the election process enough in two years to stop the 2022 steal? What are you doing to stop it?

Ukraine Is The Keystone https://bioclandestine.substack.com/p/ukraine-is-the-keystone