A Rebuttal from Steve Vernon on “The Quiet War Raging…” 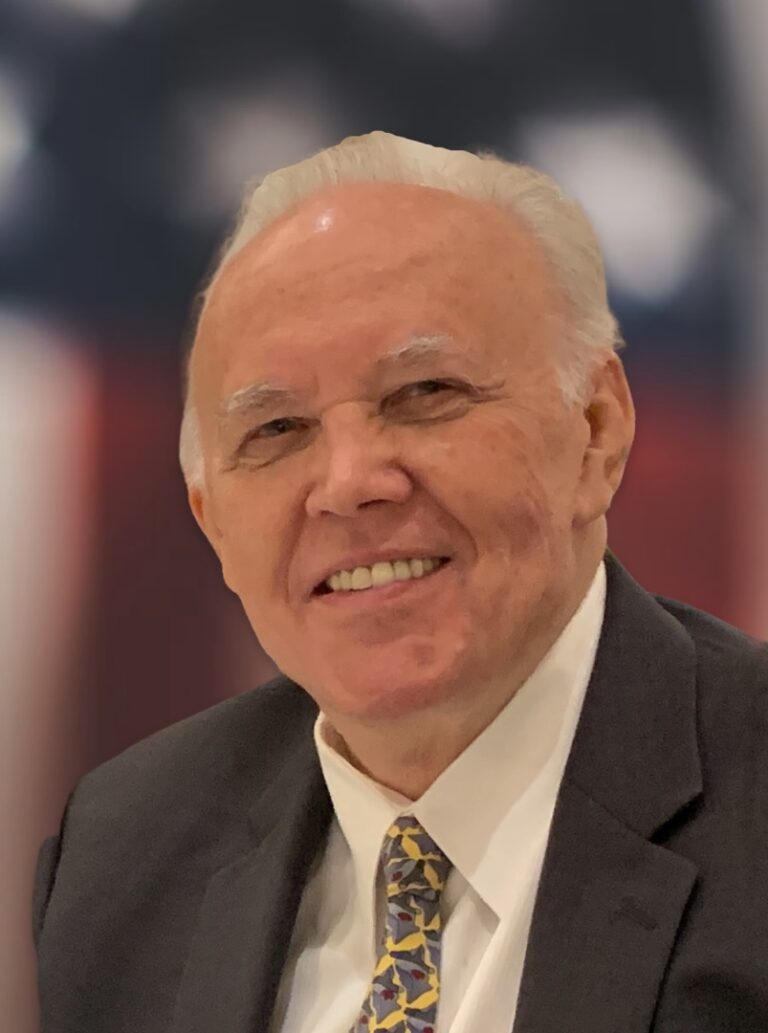 The Quiet War Raging Within the Florida Republican Party

All around the State of Florida, a quiet war is raging in the Republican Party, and it’s being played out in the county GOPs. The Republican Party has been known as the “Grand Old Party” or “GOP” since the 1970s, because we saved the Union.

The “county GOPs” are simply local committees that function as the official branch of the GOP. Committee members, called Precinct Committeemen and Committeewomen, hold the responsibility to register voters within their precinct. The more Committeemen and Committeewomen, the more registered voters. So, it serves the Party to fill as many precinct positions as possible. By Florida statute, (Chapter 103 Section 121-202), each county can have a local executive committee. This applies to both the GOP and Democrats.

It would seem self-evident that these local arms of the Republican Party would be led by Republicans faithful to the Party Platform.

The national Republican Party Platform supports restoring America-first policies on growth, transportation, right to life, tax reform, trade policies, deregulation of key resources, energy independence, including reliance on US oil, updating and maintaining the electrical grid (without which we are vulnerable to potential terrorist events), a federal workforce that would actually benefit the American People, religious freedom, gun rights, free speech, rights of privacy, honest elections and election integrity, guarding America’s natural resources and not selling them to foreign entities, merit-based legal immigration, advancing term limits, auditing the Pentagon, eliminating crony capitalism, and reforming the IRS and corporate welfare. These issues, for the most part, reflect the will of the average Republican voter.

So, when Trump came on the scene in 2016, several of the Florida county RECs were led by Establishment Republicans who themselves were “Never Trumpers.” To the dismay of many Republicans, the “Never Trumpers” still hold leadership positions in 2022.  Because of this, large numbers of committee members have become disgusted with their local REC’s Chairman/Chairwoman, and/or Board for not supporting Trump–and for marginalizing Republicans who did.

By way of illustration, let’s take a look at the leadership in a couple of Florida counties.

Led by Jack Brill and State Committeeman Christian Ziegler, the Sarasota GOP, like every local GOP committee, needs new members to help win local elections. However, evidence shows this local chapter has deliberately stymied new members from joining. From misplaced paperwork, to fragmented office hours, to a lack of clarity on how a new member can join, the reasons for stalling new applicants continues to expand. It appears that they are deliberately guarding their group. Could it be they’re concerned about the number of Trump supporters who are trying to join the committee?

Under Chairman Todd Jennings, a confirmed Never Trumper leading since 2018, the Pinellas Republican Executive Committee had stalled membership, which seemed to suit the Chair and the Board members. A large group of Constitutional Conservative Trump supporters wanted to join the PREC so they could volunteer and get more Republicans elected. They found themselves thwarted by the local GOP Committee. When they attended a monthly meeting on September 13, 2012, the animosity in the room became so volatile, Jennings, in a prearranged scene of rehearsed political theater, signaled one of the attendees in the crowd to stand up to call for the meeting to be dismissed.

Neighboring Hillsborough County found itself on the opposite end of the spectrum.

Not only is the Chairman, James Waurishuk, an ally of former President Trump, but the whole Board supported the Republican Party Platform. Their goal was to encourage like-minded Republicans to join their midst. In order to protect the Party Platform, the Chair and Board went so far as to issue written requests for elected RINOs to explain their policy positions when their votes were in direct contradiction of the Party Platform. Joe Gruters and Hillsborough County Sheriff, Chad Chronister, both confirmed they would come and address the members.

For most of 2021, Chairman Waurishuk and the Board fought off attempts by the RPOF to have them removed for holding politicians accountable. The RPOF leadership, under Joe Gruters and Christian Ziegler, ultimately prevailed. Waurishuk and the Board were coerced into limiting their role and responsibilities, effectively neutering one of the county RECs doing the right thing.

They want to go back to the way it was before Trump stoked the fire and fury of disenfranchised Republican voters.

Like a hurricane, Trump’s campaign speeches inspired people to sign up to volunteer.  On the Trump Florida website in 2016, nearly 85,000 volunteers offered their time and service. Never in Florida’s history had so many people wanted to get involved in a campaign.

Of 300 volunteers polled, 95% indicated that they had never volunteered for any political campaign before. This was a wake-up call to the state party that the Trump agenda resonated with Republican voters like nothing ever seen before.

Or at least it should have been a wake up call.

Joe Gruters, District 23 Senator and Chairman of the Republican Party of Florida, was seen by many state Trump supporters as a great choice to lead Florida as Chairman in 2019. But over time, the presence of certain problematic political  relationships have surfaced. Gruters, an accountant, has served as campaign treasurer for primary candidate, Griff Griffitts, endorsing him over Trump supporter, Brian Clowdus:

Chronister, a new Republican, switched parties to be appointed Sheriff by his predecessor, David Gee, a Republican. Switching parties didn’t stop Sheriff Chronister from continuing to support the local Democrat party with thousands of dollars in 2019: https://www.tampabay.com/news/hillsborough/2019/09/16/william-march-weekend-fundraiser-shows-transformation-of-hillsborough-democrats/

When asked about that donation, he explained that he didn’t think the local Republican party had its priorities straight. But one thing he didn’t want to discuss was his $10,000 donation to Barack Obama.

Chronister considers himself a social liberal, which explains his “sanctuary county” policy for illegal immigrants in his jail.

It also explained why he arrested Pastor Rodney Howard-Browne for holding church after asking Hillsborough County State Attorney, Andrew Warren, whose campaign was funded by George Soros, for charges to be filed against Howard-Browne.

On March 19, 2020, Chronister announced the release of over 150 “low-level, non-violent” offenders in light of the COVID-19 pandemic. One of the inmates Chronister released committed a murder within 24 hours. Chronister admitted that his office had failed to look at the inmate’s prior 35 convictions before releasing him: https://www.fox13news.com/news/hillsborough-sheriff-agency-didnt-check-criminal-history-prior-to-release-of-inmate-who-committed-murder

Gruters was unswayed by these revelations and maintained his endorsement of Chad Chronister.

Further, Vice Chair, Christian Ziegler, owns a company called One Click Poll, which had a contract with the Chronister campaign to perform an email survey to Hillsborough County voters during the primary for Chronister’s campaign.

As State Party leaders, Gruters and Ziegler have a responsibility to uphold the stated principles and values of the Republican Party which are found in the Party Platform and in the “Party Rules of Procedure.”

Why is principled leadership important?

The divide within Florida’s GOP continues to widen, as those loyal to the Party’s principles realize the GOP “leadership” refuses to hold its officers, candidates, and elected officials accountable to the Party Platform. Florida Republicans need principled leadership in the Party. Republican voters sent a clear message in 2016 and in 2020 when Floridians voted for Donald Trump, rejected the RINO Establishment. It’s past time for the Party to start analyzing the actions of the RPOF leadership and stated principles, choosing leaders who will lead toward those principles.

Electing Republicans is a good thing, but there is a higher good.

Electing Republicans who will implement and uphold the values of the Party faithful, as stated in the Party Platform. But before that can be done, we have to know who we are really voting for. We have observed just in the last few weeks, Republicans in the Florida Legislature, under the leadership of House Speaker Chris Sprowls and Senate President Wilton Simpson, resist Governor Ron DeSantis’ call for a Constitutional Carry bill, which he promised to sign when it reached his desk. DeSantis has proven to be an excellent leader of our state and sets the standard for the state Republican Party. But it’s apparent the Florida Legislature’s agenda does not match that of the Governor’s, issue to issue.  DeSantis adheres more to the Party Platform than does the Florida Legislature, and the Redistricting maps submitted by Senate President Wilton Simpson are a perfect example.

Why would the Establishment Republicans approve a plan to redistrict against their own self interest, giving more ground to Democrats in the state?

DeSantis’ response was to reject those redistricting maps, as he should, especially in these perilous times, when the fate and future of the nation’s principles are at stake.  The Establishment Republicans should ask themselves, “What would Democrats do?”  And we know the answer – they never give an inch, and they fight to the political death.  This is the same characteristic that both President Trump and Governor DeSantis bring to the table, that makes them so popular, but which is oddly neglected by the Establishment RINOs.

Opposing the Governor on the redistricting maps was a self-own that favors the Democrats and which, some might say, signals that Republicans are weak, with “blood in the water.”  We as a Party should judge them by those actions.

We should expect better, become more engaged by using tools at our disposal, like legislative scorecards for the voting records of those running for higher office, and asking the hard questions at forums and town hall meetings.

We have a duty to our state and to the Republican Party of Florida to be on guard to make sure we are voting for truly principled leaders within the Party instead of what we have now in the Florida Legislature. After this legislative session, it’s becoming clearer just how clear-eyed and principled a leader Governor Ron DeSantis is and just how muddled and unprincipled leadership of the RPOF and Florida Florida Legislature is.

“The article missed Manatee County nestled in between Sarasota, Hillsborough, and Pinellas.

Manatee:
Led by Chairman Steve Vernon, the Manatee GOP has fully embraced Trump loyalists, America First, and Constitutional Conservatives with open arms!  He covets new members willing to work hard and help win local elections for those candidates who stand for Republican Principles and Conservative values. Under Steve Vernon’s leadership, the Manatee REC has increased new members by almost 50% in the last 4 months. “

(Editor’s Note:  Thanks Steve!  We are grateful for your support!).