My Argument with God and What it Means for America 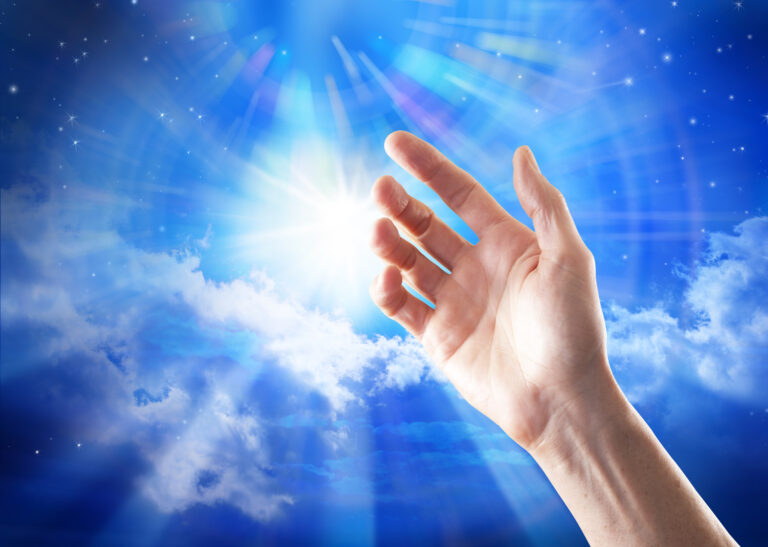 In October and November of 2020, in the run-up to the Presidential/Federal elections, I prayed repeatedly to God for a fair election with no fraud.  “Even if Joe Biden wins,” I prayed, “let it be without fraud.”  Yet, when I woke up on November 4, 2020 to discover what became a never-ending pageant of fraud perpetrated by the Left in nearly all 50 states, but particularly in seven leftist stronghold cities that threw the election to Biden: Milwaukee, Detroit, Pittsburgh, Philadelphia, Atlanta, and Phoenix; well, I was pretty mad at God for most of the month of November.  I kept challenging Him, asking, “What were You thinking, allowing the Left and their cohort to so thoroughly steal the election?!”

Of course, I was so angry (and we all know who always wins when one fights with the Lord!) as the illegally stuffed ballot boxes and dodgy Dominion ballot counting machines were continuously revealed that I didn’t bother to listen for an answer from God.  But finally, one day, when I confronted Him again asking why He allowed this to happen, I heard that “still small voice” in my spirit say, “Stand back and let the Democrats destroy themselves.”  That seemed like a pretty good answer; nevertheless, I argued back, “But Lord, can our Republic even survive four years of evil, progressive policies under Biden?”  Again, the answer came back, “Just stand back and let the Democrats destroy themselves.”  That’s the last word I’ve heard from my Heavenly Father on this subject, and it has carried me through since then.

I’ve shared this conversation with the Lord with a few of my friends since November 2020, and now I’m ready to go public with this story at the one-year point of enduring Biden’s evil, progressive, disastrous policies, because it’s now clear to see that that our Lord God knew what He was talking about.  From Biden’s continued, senile refusal to offer therapeutic treatments for COVID to save countless lives instead of insisting on vaccinations only, to flinging open our southern border to more than 2 million illegal aliens thus far, to his dumpster fire of a withdrawal from Afghanistan that subjugated everyone left behind to terrorist Taliban rule – complete with our own arms and funding (!), to shutting down our energy independence while dumping unnecessary trillions of dollars of added U.S. debt into our economy (mainly into creating a massive bubble in our stock market) – actions that have created the worst inflation in 40 years with no end in sight, to demonstrating massive weakness to Putin and Xi (especially since both of those Presidents have so much “kompromat” on Joe and Hunter Biden) so that we are facing the likelihood of Russia attacking Ukraine soon while China attacks Taiwan, even as Iran completes the finishing touches on its first nuclear weapons, it’s clear that President Biden’s policies and actions are indeed destroying the Democrat Party’s electoral chances in both the 2022 mid-terms and 2024 Presidential elections.  However, my second question to God still pertains: can our Republic survive and endure three more years of Biden’s and the Dems’ destructive actions?

I received a poster from the Freedom Watch organization the other day.  It shows a really good picture of President Trump sitting in a chair.  His quotation states: “In reality Democrats aren’t after me; they’re after you.  I’m just in the way.”  There is a lot of truth in that statement.  President Trump certainly has borne the brunt of all the “incoming” that the Dems and their media acolytes have relentlessly flung at him (and by extension, at all of us – the deplorables) since 2015.  However, I think there is something more to this issue.  By defunding the police, aiding and abetting BLM and ANTIFA to destroy our businesses, our cities and our culture, pushing masks, Critical Race Theory, 57 genders, climate change drama, and other foolish socialist indoctrination on our children, and seeking to perform abortions up to the moment of birth while releasing violent criminals from jail (kill the innocent but protect the guilty), it is clear that the Democrats are aiming to do more than just thwart you and me and the millions of other ordinary Americans who voted for President Trump.  In other words, the progressives are out to do much more than to destroy the nuclear family, America’s culture of rule of law, strong work ethic and personal responsibility.  Indeed, they want to “achieve” more than to simply establish some sort of socialist/communist “utopia” made up of 300+ million couch potatoes slurping at the public trough.  I believe this is actually spiritual warfare of the highest level because the progressives’ real enemy is God Himself; more specifically the Triune Godhead of God the Father, Christ Jesus the Son, and the Holy Spirit.  Their primary target for destruction is God and Christianity, the only truly effective powers blocking their way to total, brutal control over the rest of us.

The secular strain of denying God and opposing His relevance in our lives runs deeply in the Democrat Party, but it seems to be the driving motivation among the progressives.  Despite the occasional casual genuflection towards God on the part of Catholics Biden and Pelosi, the palpable anger I sense that progressives like Bernie Sanders, the Squad, certain other politicians, socialist academics, school board members, journalists, Deep State bureaucrats, abortionists and other leftist true believers harbor towards God and Christians and Jews is immense and calculated.  It leads me to Ephesians 6:12-13:

13 Therefore put on the full armor of God, so that when the day of evil comes, you may be able to stand your ground, and after you have done everything, to stand.”

So then, my fellow Christians and Conservatives, I am appealing for your help – in consistent prayer for our beloved country.  We must pray that our Heavenly Father will indeed protect our nation from the destructive purposes of “the spiritual forces of evil” who are directing the thoughts and actions of so many of those who are currently in power in the United States of America.  Let’s let the Democrats destroy themselves with their horrible policies and actions while as true Conservatives, we serve on our knees in intercession before God, and in doing what is right and noble in our behavior among our neighbors, in order to preserve the faith-filled fabric of our nation until the time when leaders who honor God are back in control of the levers of government power.

“13 When I shut up the heavens so that there is no rain, or command locusts to devour the land or send a plague among my people,

14 if my people, who are called by my name, will humble themselves and pray and seek my face and turn from their wicked ways, then I will hear from heaven, and I will forgive their sin and will heal their land.”

P.S.  Here is a helpful Conservative prayer website for use in praying for our country:

P.P.S.  In telling my story, I am not trying to imply that God is a Republican, or only on the Conservative side.  He is neither Republican nor Democrat; He is the Sovereign Creator and Ruler of the Universe, far above our petty politics.  However, He obviously knows right from wrong and good from evil, and He knows that when the Pilgrims came to this land, they consecrated this nation to Him in a special Covenant relationship.  Anyone – Republican or Democrat or other – who seeks to destroy that Covenant relationship that has made the USA the “shining city on the hill” as a beacon of hope for all other countries must be confronted in prayer.  This “one nation under God, indivisible, with liberty and justice for all” has allowed itself to be corrupted with moral relativism and sinful indulgence as too many of us have abandoned our God and our churches.  We need repentance, restoration to God, and revival.

See you in prayer!