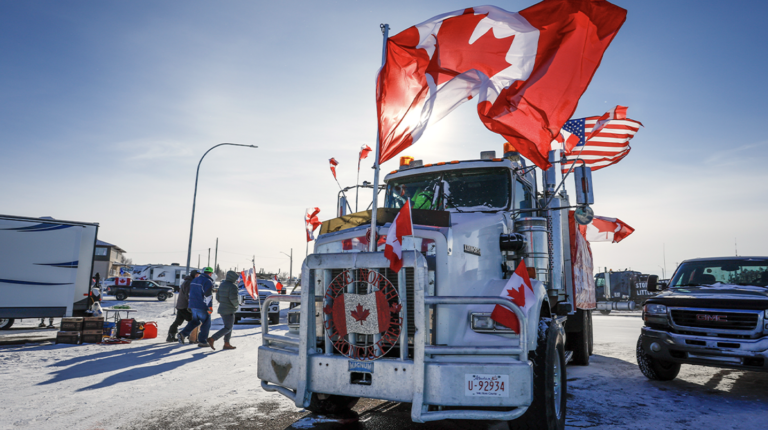 I love our country and know we need to get our politicians under control. Who would have ever thought that Canadian truckers could play a big part in saving our country?

Over the past 2 years our economy has been shut down, unconstitutional mandates have been forced on us, BLM and ANTIFA riots killed and injured thousands of people without consequences. The decisions made by our so called represenatives have crippled our economy, allowed big businesses to remain open while forcing small businesses to close. They are completely out of control! They forgot what the word “Representative” means. They were voted in to represent us, the people.

I am so proud of the Canadian truckers banding together and forcing the establishment to wake up and listen to what the people want. I think most truckers are hardworking, honest people who drive in all kinds of conditions, sleep in their trucks so they can make a living. The truckers have shut down Canada and I sincerely believe they will get things changed.

Here in the USA our shelves have been half empty, it is almost impossible to get employees because of the policies put in place. I hope the truckers in the USA follow suit. As individuals we can’t buck the system without consequences. Look at the January 6th incident. My opinion is that the whole thing was planned by the Left. Some people are still in jail. I haven’t heard of any BLM or ANTIFA members getting arrested and certainly none went to jail. An innocent woman was shot and killed. The officer was never charged. Why you ask?? Because she was protesting for her beliefs as a patriot which were counter to the tenets of the Left. No one else was killed on that day. According to a search on the internet BLM riots resulted in over 1000 Police officers, kills 36 people and caused over 8 billion in damages. They have ruined so many businesses people have worked hard to build. If our truckers decide to protest, I hope everyone supports them. Think about it, what will happen if the government takes away their licenses and prosecutes them? Are the politicians going to coerce other citizens to drive the trucks? I think the truckers have the power we as individuals lack. I think we need to support and stand beside those truckers. I hope they push for our elected officials to follow the Constitution.

(Editor’s note): Want to support the truckers?  Then join the Freedom Convoy group over on CloutHub.  Simply click on the image below: 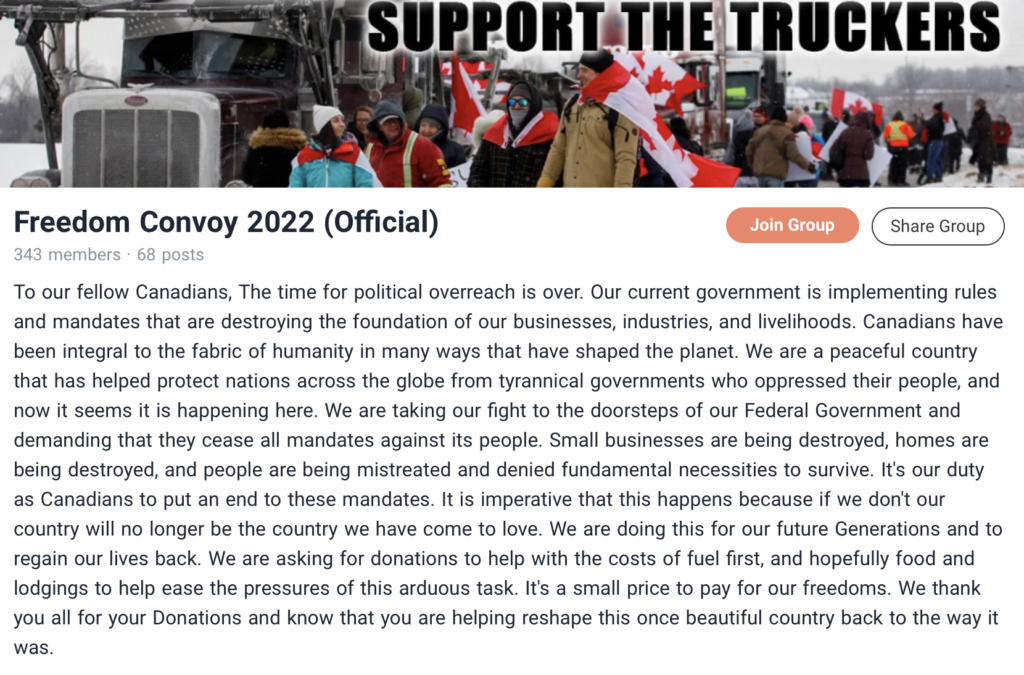