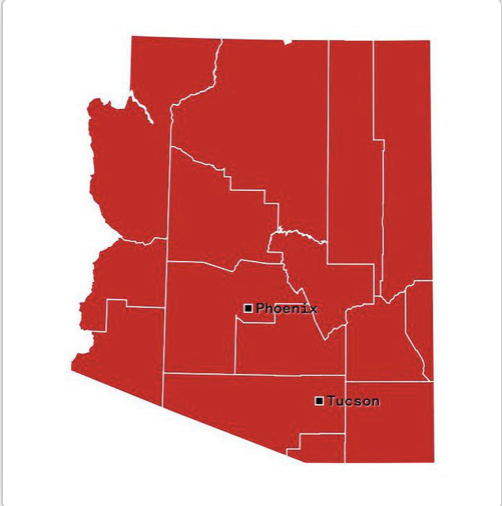 Two counties (Maricopa and Pinal) had shenanigans. A final result in the gubernatorial race was delayed — what a deja vu. Pinal County announced that it did not have enough ballots on election day. How does that happen? Maricopa County refused to issue total updates and kept stopping and restarting counting. After two days of delays they suddenly both went for Lake. Every county in the state went for Lake. Again, this is a Republican primary, but Republicans in Arizona are divided. Where’s the vaunted establishment AZGOP McCain machine? Has it suddenly and spontaneously just ceased to exist? So why did all counties go for Lake?

The Democrats obviously and publicly were supporting Lake. Rumors floated they were calling for Dems to switch parties if necessary, then vote for America First and MAGA candidates in the Republican primaries because they believe it will be easier to beat them in the general. The strategy of course is that Dems and establishment GOP will be motivated to vote for the Dem in the general. It is a strategy they have played for many years and is very effective. The neocon/neolib establishment and radical left vote for Democrats against grassroots conservative candidates in the general election.

As of this moment, the situation is still murky exactly what happened in Pinal and Maricopa. Arizona’s America First and MAGA supporters need to find out.

And the question no one is asking: Why hasn’t Katie Hobbs stepped down? The secretary of state, Katie Hobbs, is actually the Democrat candidate for governor against Lake. How can she preside over the electoral process when she is a candidate in the governor’s race? This is the definition of conflict of interest and any election she presides over in which she is also a candidate must be invalidated.

While I am thrilled that all Trump-endorsed candidates won in the Arizona Republican primary, I am also a little suspicious about the relative ease of the wins. Simply put, I smell a rat. I would like to find this rat before the general elections, because the rat will cause more election shenanigans that will not go in AF and MAGA’s favor in the general.

Now is definitely not the time to let down our guard or stop pushing for election reform. Get eyes on every part of the election, voting and counting process. It’s time to push even harder for election integrity. We must push harder whether we win or lose.