A collection of ruminations, contemplations and cogitations by our own Glen Gibellina.

What’s good about being 29th?..NOTHING when that’s your rating out of 67 school districts.

A billion dollar budget and Manatee is ranked 29th when Sarasota is ranked 7th about the same pay and demographics and Charlotte who pay is less is still ranked way better than Manatee at the 12th spot of 67 School Districts ….

We should demand better.

What  a dog and pony show…and I didn’t even need a ticket. 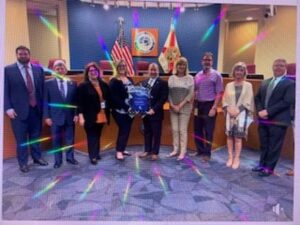 Spread the word about this SCAM.  BTW….the county does not have ONE solar panel installation on the hundreds of thousands of sq feet of roofs.

Let that sink in.  Here is a letter I submitted to the BOCC on this subject.

As Paul Harvey would say…..the rest of the story.  Who do think is paying for the solar panels. FPL will be able to raise rates in 2022 to generate an additional $692 million in annual revenue, followed by increases in 2023 that will generate $560 million in annual revenue. Additional increases are planned in 2024 and 2025 to pay for solar projects.  Click here to see article.

What a dog and pony show in my opinion.”

Would you like to respond? Submit your comments by completing the form below.